The tomatoes in the garden this year took a fatal turn for the worst, as what i believe was a blight (early AND late from what I've read) caused them to all rot on the vine. In some cases the plants themselves died earlier this summer. I thought it was only because of poor soil, as it's a new garden and some parts of the garden had huge trees growing the previous year.
Better luck next summer (I hope). 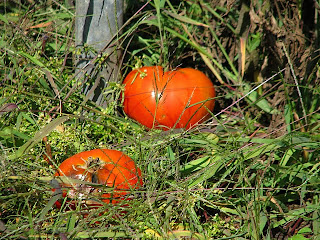 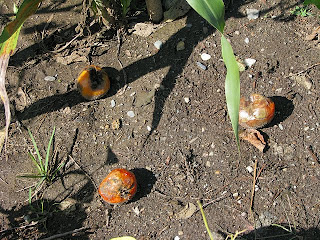