How I Quit Smoking and Lived (so far)

Today is Cinco de Mayo. It is also the 7th anniversary of the day I quit smoking.I didn't quit because it was Cinco de Mayo though - that's just silly. I quit when I quit and for the next couple years I struggled to remember the anniversary and then it finally dawned on me it was cinco de mayo, so now i can always remember. It took a few more years before I could remember the year I quit. 2004. It's nice to no longer have to go 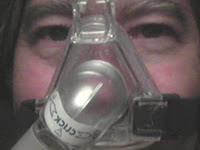 through old emails to figure it out.

So to quit, it was a piece of cake, or maybe not. I didn't know it at the time but I believe my life was on the line. I didn't get the message from the waking dream I had earlier - more on that later.

I got a real nasty chest cold that just would not go away, no matter what! I couldn't even start to talk without going into a horrible coughing fit, so bad I couldn't even get a breath in between coughs. One day I realized if I went a ½-hour to an hour (if I could manage it) without a cigarette, things improved a little. Hmm.